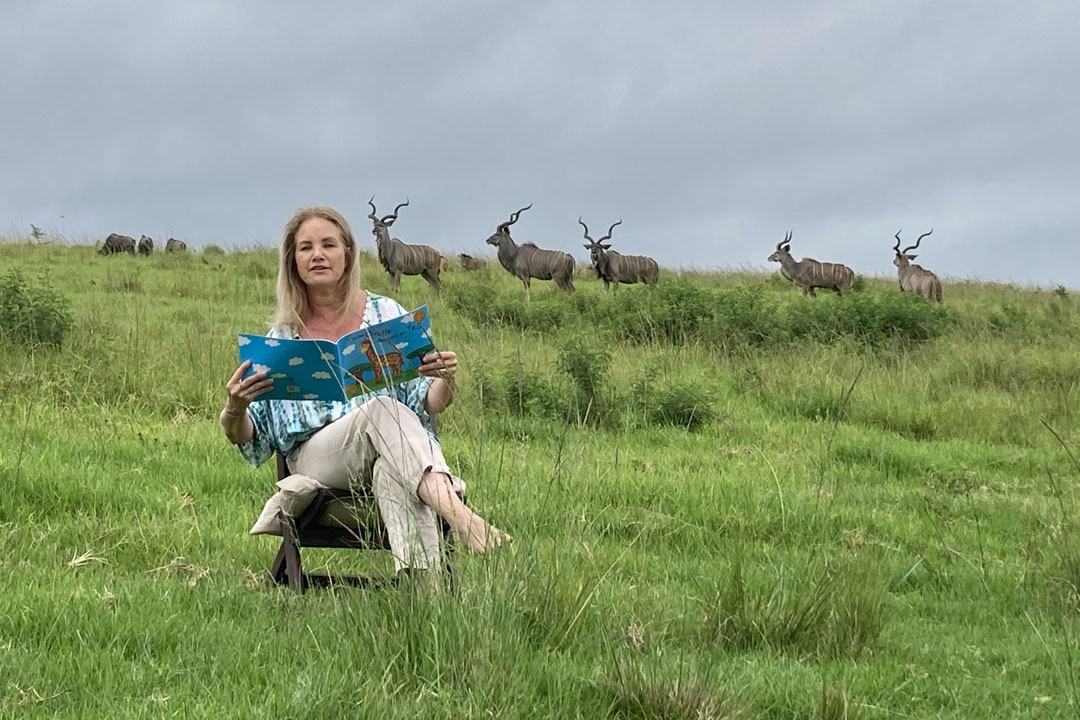 Venturing into the African Bush has always been one of my utmost favourite pastimes. Growing up only approximately 3 hours from the Hluhluwe and iMfolozi Nature Reserves*, meant that for me, I would probably visit at least four times a year. Nothing felt quite as relaxing as sitting quietly for a few hours in a hide* overlooking a waterhole, observing the coming and goings of the incredible wildlife that roam free in their natural habitat. 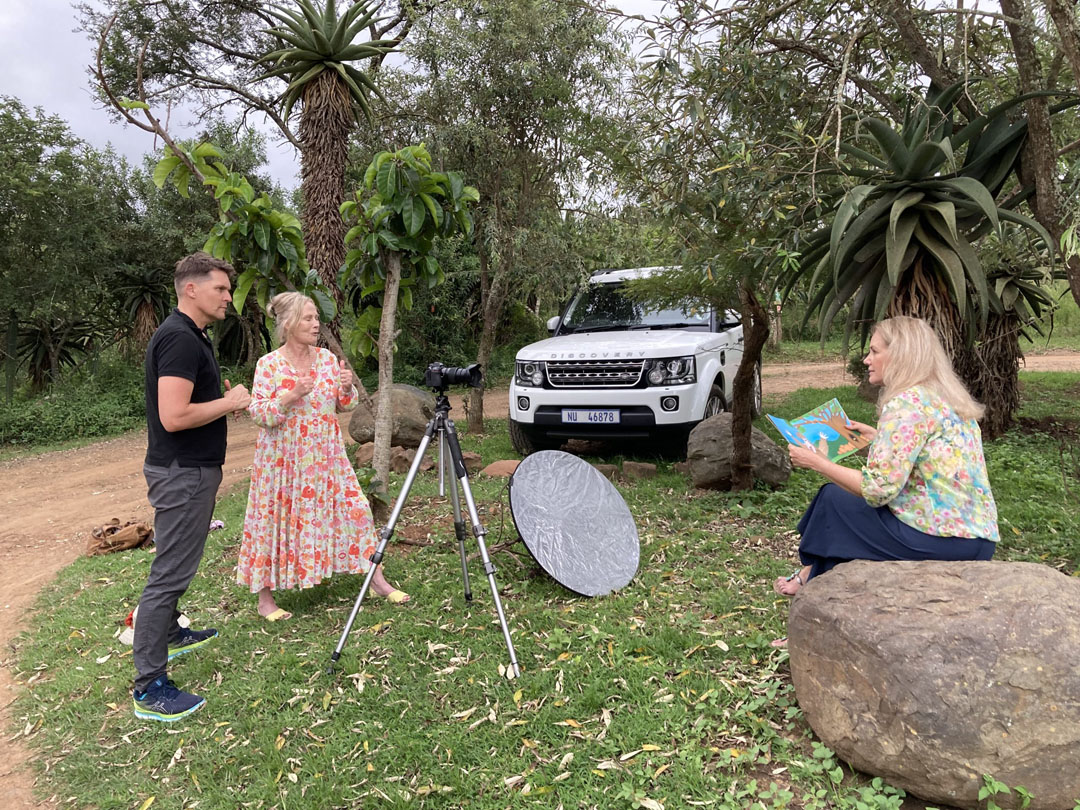 When I visited South Africa again, it was with great excitement that we would be filming my promotional videos at one of the Game Reserves near my birth town of Durban. This is a small Reserve called Tala*, which is only an hour’s drive away from the city, a very convenient trip for visitors who can only afford the time of a night or two away, or even a day trip. 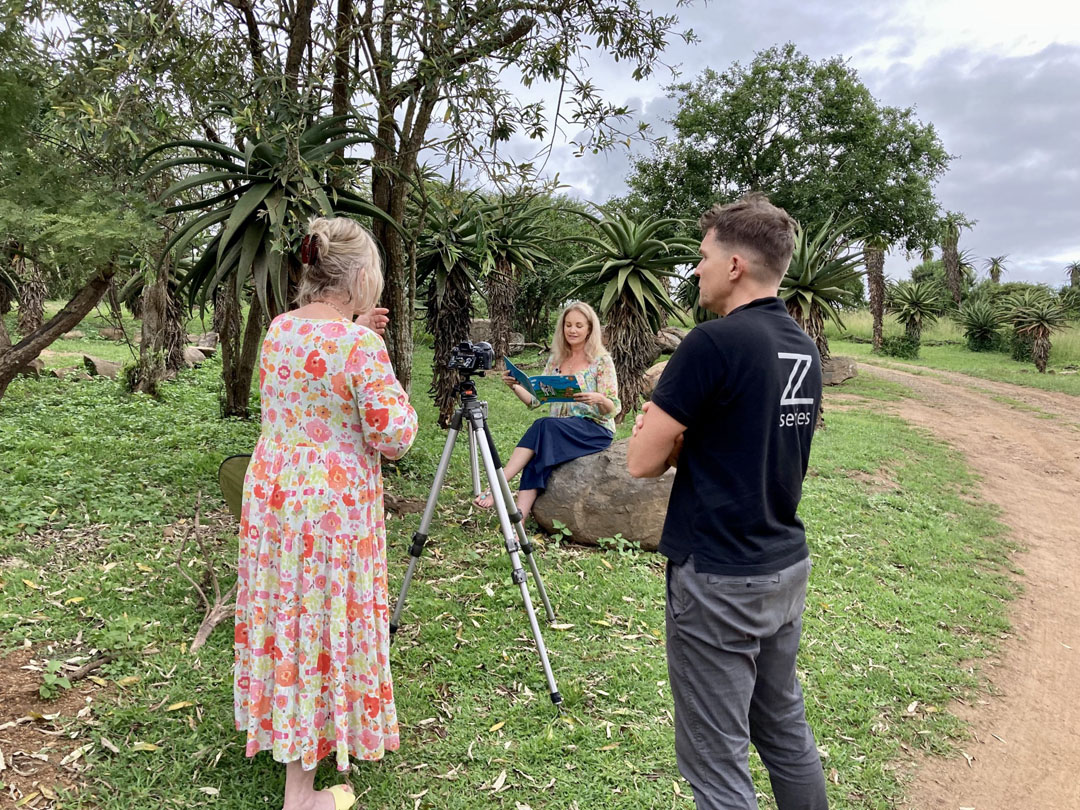 My best friend Jacqueline Jayamaha and her husband Lal are also two avid nature lovers, and like many South African residents, they have the perfect 4 x 4 vehicle for such visits. Packed to the brim with camera equipment and overnight bags as well as the proverbial Ouma Rusks and flasked coffee, five of us including my sister Ashleigh from Cape Town and my husband Brett, set off for Tala. 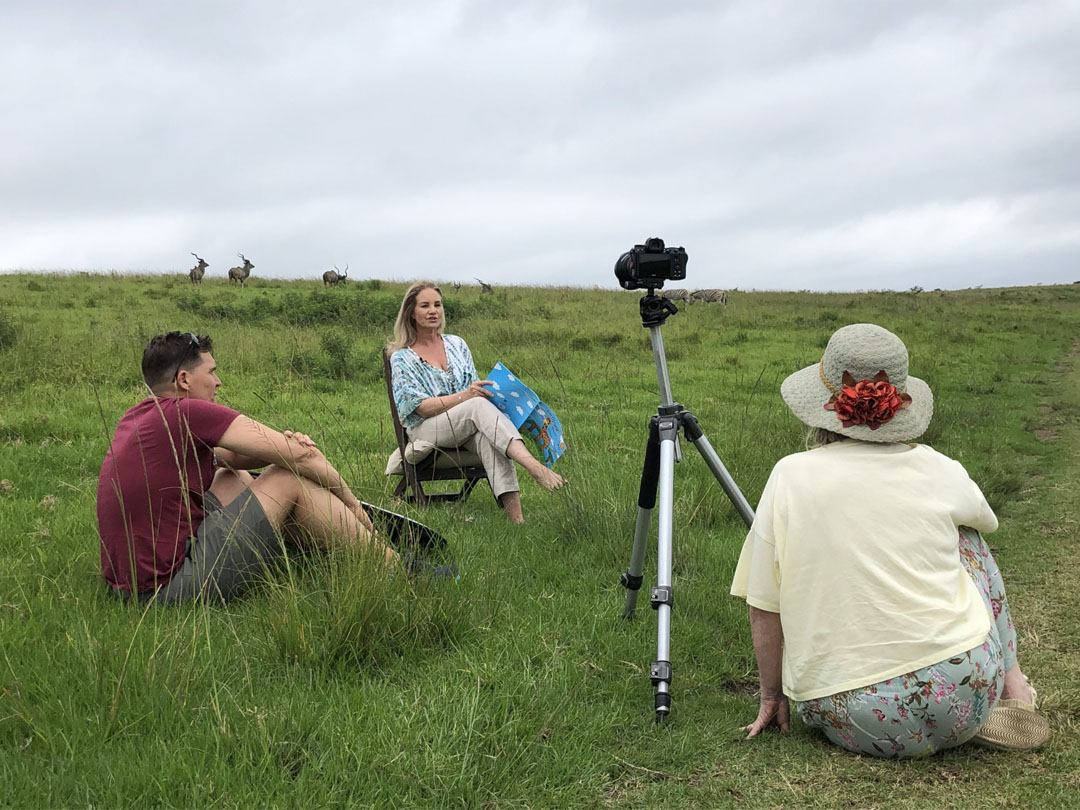 And by no small chance, the team are the perfect crew to direct and film my videos. Jacqui is a well-known and award-winning director of documentaries, filmed for the likes of South Africa’s top magazine television programmes, 50/50 and Carte Blanche. We met in 1988 in the Drama Department at University of Natal, and we have been the closest of friends ever since. My younger sister Ashleigh is also an ex-drama student, and after her years on stage and screen, she now also works in the film industry and has worked as a director amongst other crew accolades. And with my husband being the master-professional photographer that he is, we were ready to go! 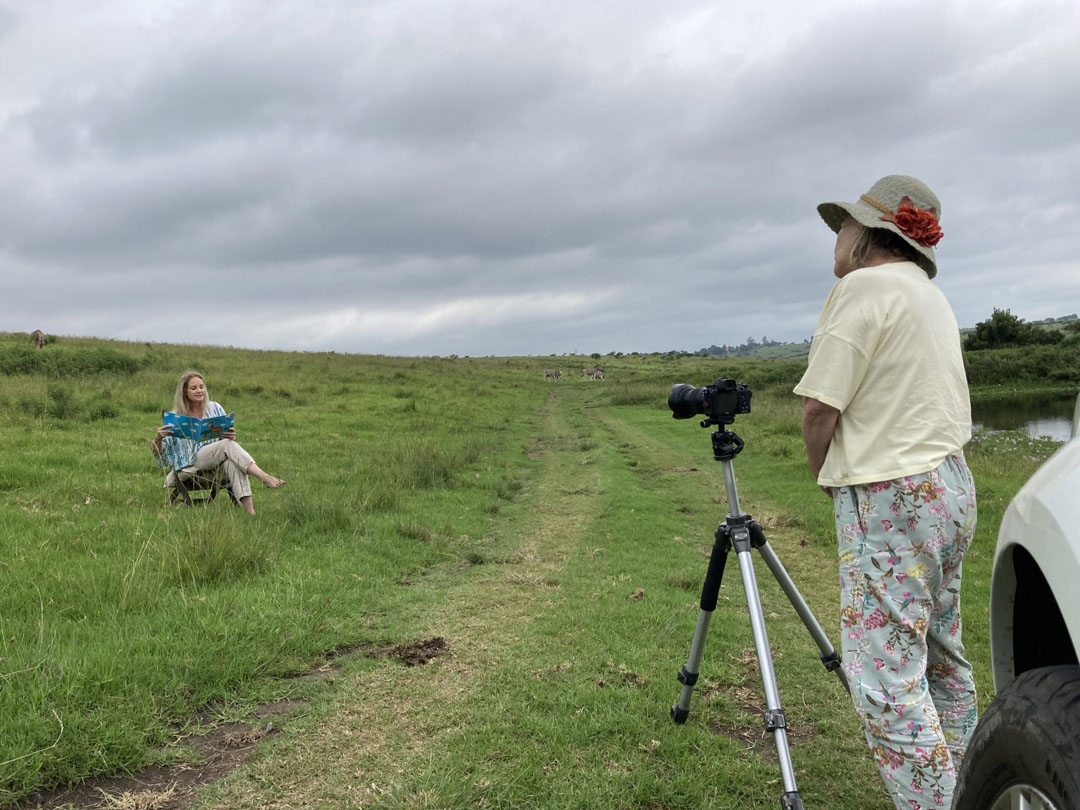 Sitting amongst the magnificent African Aloes and channeling my inner latent drama and voice over skills, I set to reading my first-ever rewritten African Folklore story, “How the Zebra got his Stripes”. With Jacs animatedly directing and encouraging me, Ash adding her second opinion and my husband filming from several different angles, we soon had the “Zebra’s” promotional video in the bag. For the next few stories, we gathered up some courage, as well as some hutzpah and we filmed in the open veld, with the backdrop of various animals going about their own business. It has to be mentioned that getting out of one’s vehicle in the middle of a game reserve is strictly under the guidance of Game Rangers, unless in a designated area. Hence the hutzpah. Under the very watchful eyes of Lal and Ash who warned of the slowly-approaching Rhinoceros family, we again set to work. After an exhilarating few reads, I had my next stories recorded, and with the Rhinos just too close for comfort, we packed up and jumped back into the 4 x 4. What a privilege to be in the African bush, so close to all those amazing animals and what fun we all had.

www.kznwildlife.com
A hide is a structure specifically built for viewing game in a reserve.
www.tala.co.za

← Reading to Penguins Childhood dreams and Professional Audio Recordings →
We use cookies on our website to give you the most relevant experience by remembering your preferences and repeat visits. By clicking “Accept All”, you consent to the use of ALL the cookies.
Accept All
Manage consent