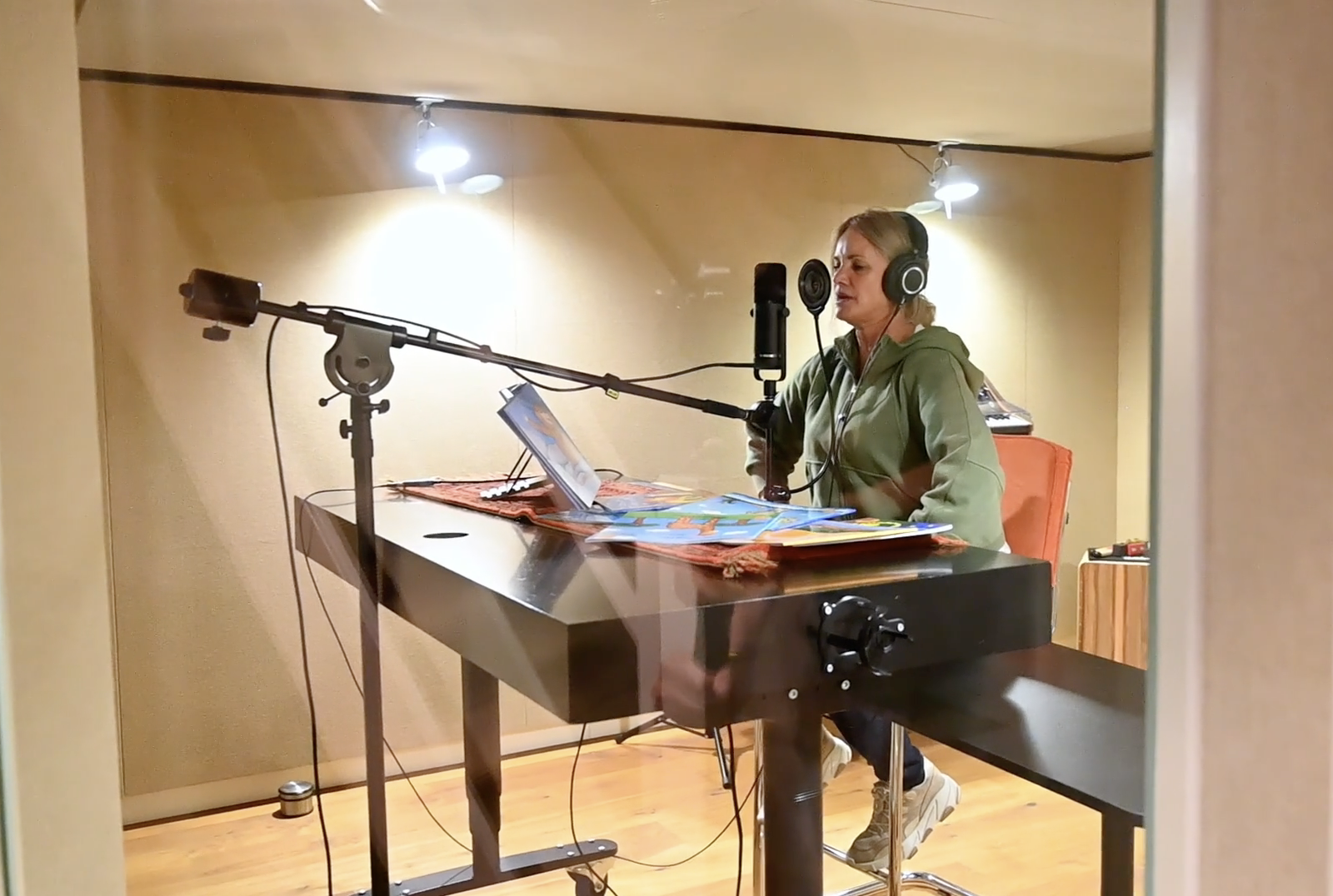 As a young girl, I wanted nothing more than to be a famous “Actress” and Singer when I grew up. When I was 8 years old, I started my extracurricular Speech & Drama lessons, alongside the ballet lessons I had started when I was just five. I loved every minute of them. At school I was involved in every school play and house play and I was a member and solo singer of the school choir. Performing was in my blood, my father who was an Advocate loved the drama of the courtroom, and he was a keen amateur dramatist. Along with my sisters Karen and Ashleigh, we all followed our dreams of becoming actors, the three of us all studying Drama at University.

Having majored in Drama, I set off to begin my career. I began with Children’s Theatre, travelling to schools performing plays in relation to the set books of the year, and staging productions at hotels for the children’s entertainment. I moved to Johannesburg and when I wasn’t employed or auditioning for a job, I worked as an extra in the movie and television industry. I have to admit, that already the perceived glamorous life of an actor had thus far illuded me and the reality of the acting profession left me second-guessing my career choice. The one aspect that I did really enjoy however, was working as a voice-over artist. I worked on a number of radio plays as well as telephone voicemail greeting messages and I really felt at home in front of the microphone. But my heart was not committed to working as an actor and choosing to find a more stable, financially fruitful career, I turned to my second passion, which was writing. I began my career as a copywriter in the advertising industry.

Fast forward some 30 odd years, (yikes!) and I’m off to audio record all my African Fable Series books at Studio Tracks, a professional Audio and Video recording studio in Amsterdam. As Murphy’s Law would have it, we had to cancel our first appointment due to me having lost my voice with a bad flu. And now, feeling probably 90% better, and with a slightly husky tone, I put my voice back behind the microphone.

Nine stories later, working with the consummate professional Henk Mourus directing me to perfection, my side of the job was done. It was a long day, but it was enlivening to be back doing something that I love. I do hope that the children who hear my stories will greatly enjoy listening to them.

← Tales and Tails The Springbok and The Reindeers - A Christmas Story from Africa →
We use cookies on our website to give you the most relevant experience by remembering your preferences and repeat visits. By clicking “Accept All”, you consent to the use of ALL the cookies.
Accept All
Manage consent