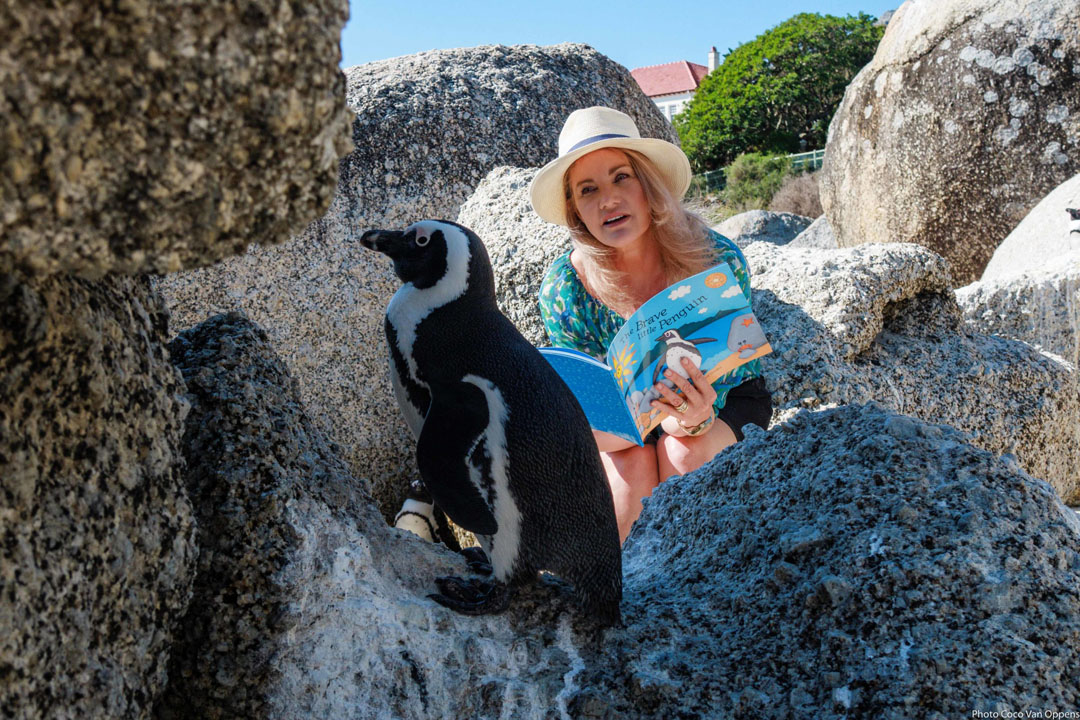 Boulders Beach has long been the place of happy memories for me. Having first visited as a young teenager and wading in the water amongst these curious little creatures, my visits to Cape Town were never complete until we called in to see the penguins at least once.

Boulders Beach is the only place in the world where you can get close to the African Penguins (Spheniscus demersus), also known as the Cape Penguin or South African Penguin. Usually living in colonies on 24 islands between Namibia and Algoa Bay in South Africa, a lonesome couple apparently made their home amongst the protective granite boulders in 1982, and today’s population is estimated at between 2 000 to 3 000 birds. 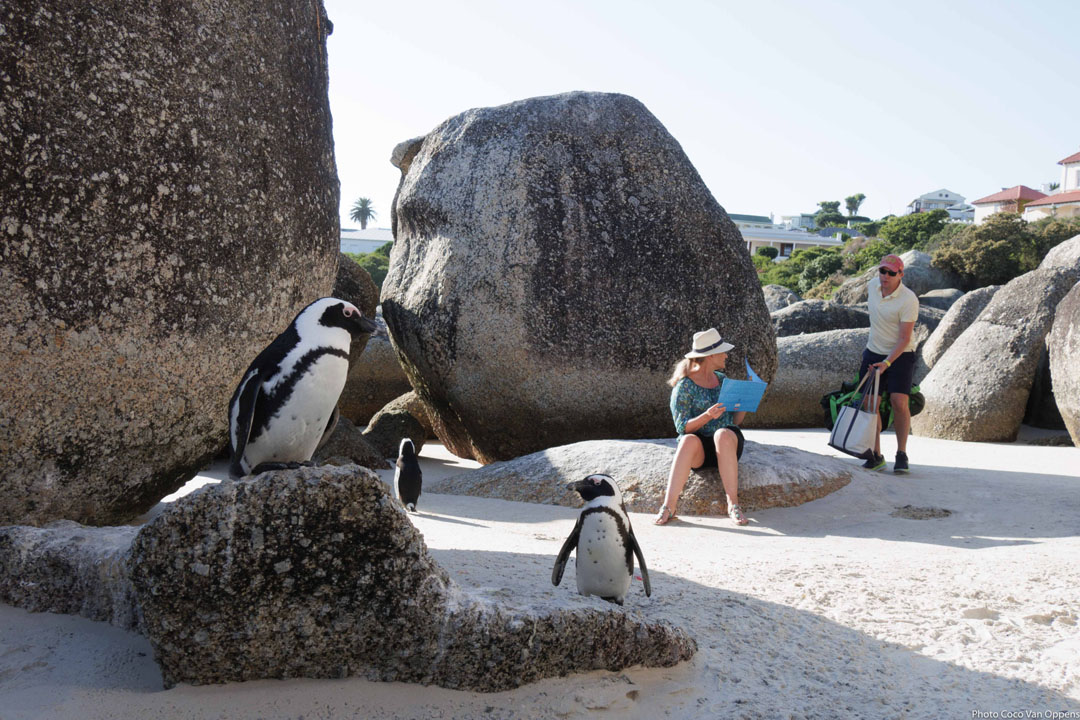 When I was young, we were able to walk and swim amongst the penguins along the whole stretch of Boulders Beach. These days, conservation efforts have thankfully kept the growing throng of visitors at a safer distance, where you can watch then from viewing decks off wooden walkways. For those cheeky enough to still get closer, it’s possible to clamber over and under monolithic boulders, to join these special birds on the beach. Which is what we did! 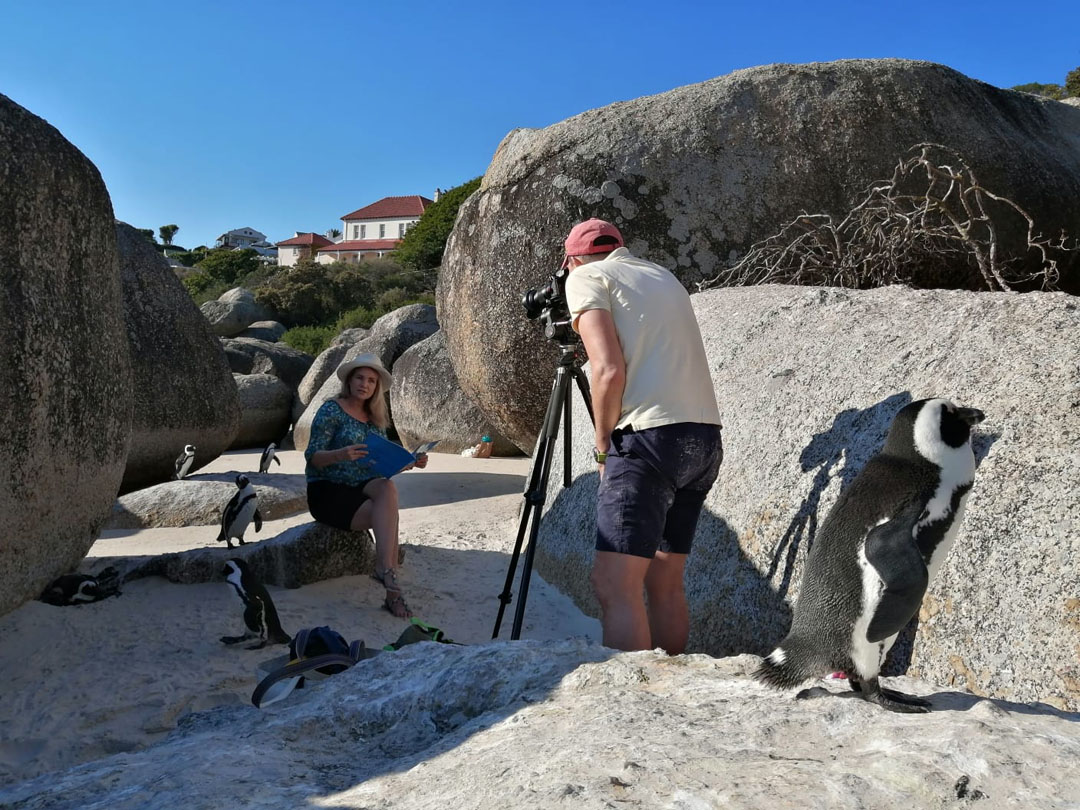 Laden with cameras, tripods, reflectors, beach umbrella, swimming gear and water, I set out as the National Park gates opened with my husband, photographer Brett Florens, and my sister-in-law, also a photographer, Coco van Oppens. We negotiated slippery round slopes and squeezed under minute tunnels with all this cumbersome gear, until we found a beautiful quiet spot, with only a few penguins going about their daily routine. 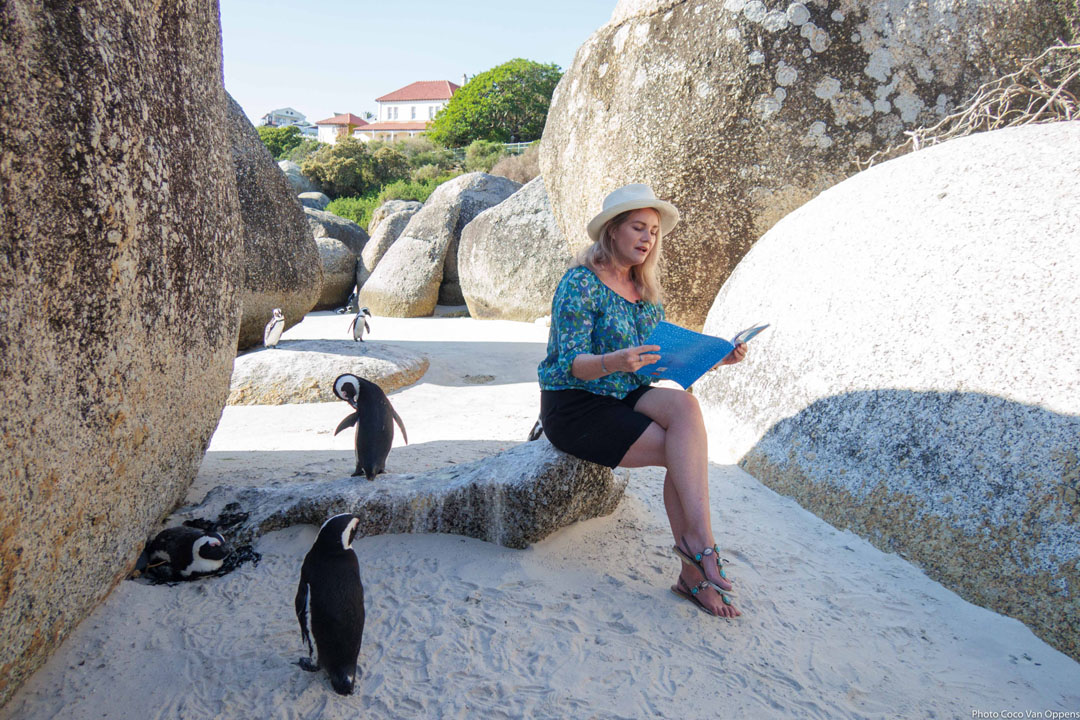 Setting up our camera gear in the perfect spot, Brett was keen to get going before more intrepid human visitors joined the scene. And so the reading began, some of the penguins seemingly listening quite intently to the story of “The Brave little Penguin”, while others waddled by, ignoring this strange lady with a book, talking with exaggerated tone and animated facial expressions! It was really such fun, and I especially loved the penguins who took an interest to my storytelling – after all, I don’t think they get to hear a good folklore tale too often! 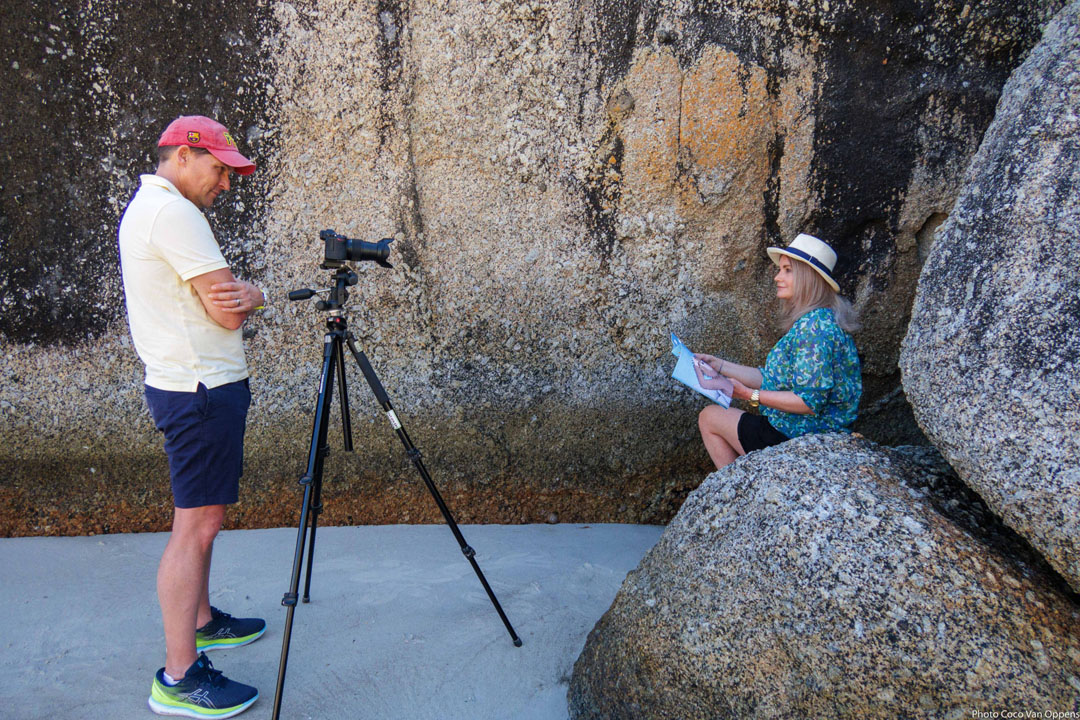 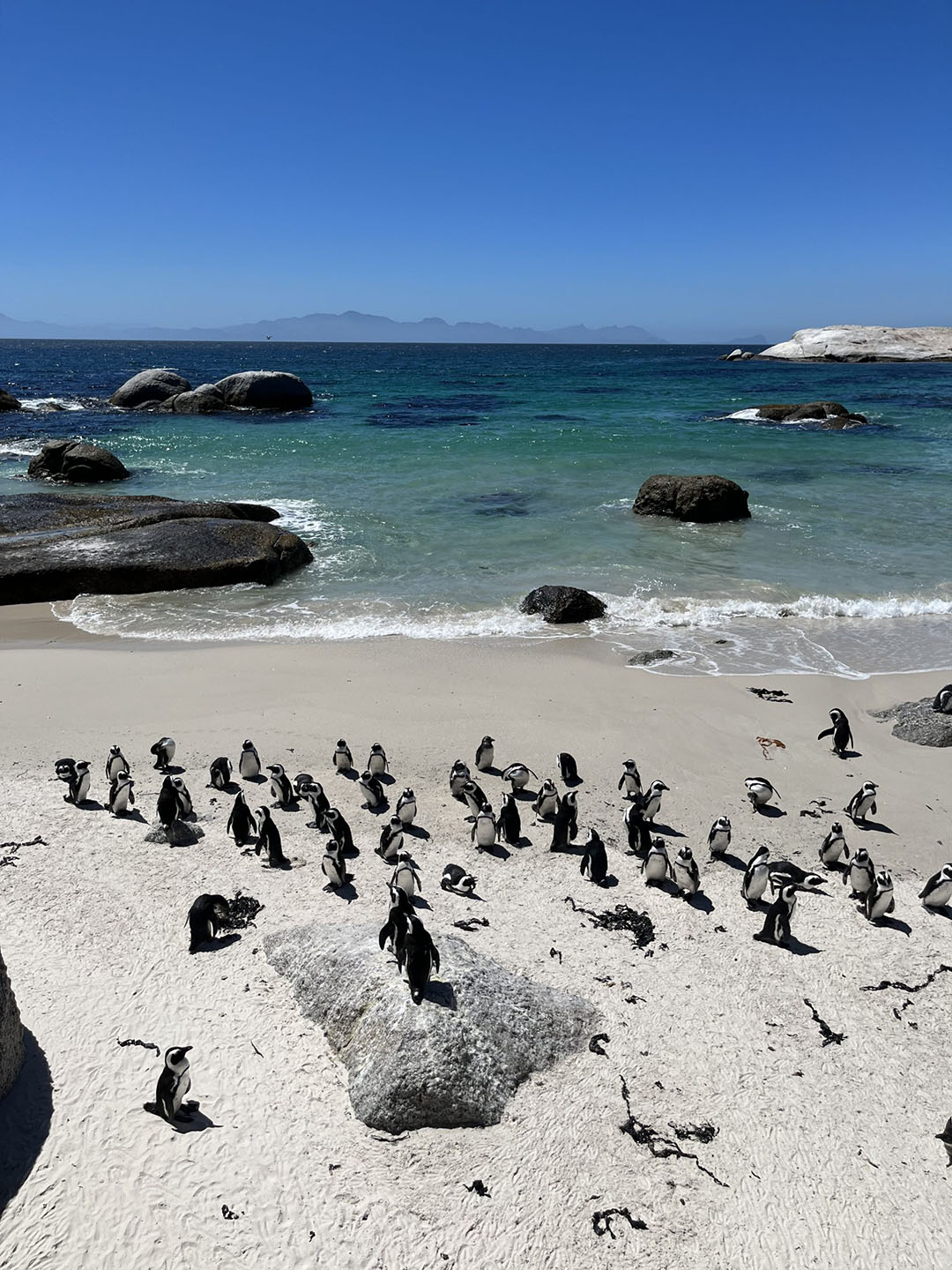 Tales and Tails →
We use cookies on our website to give you the most relevant experience by remembering your preferences and repeat visits. By clicking “Accept All”, you consent to the use of ALL the cookies.
Accept All
Manage consent